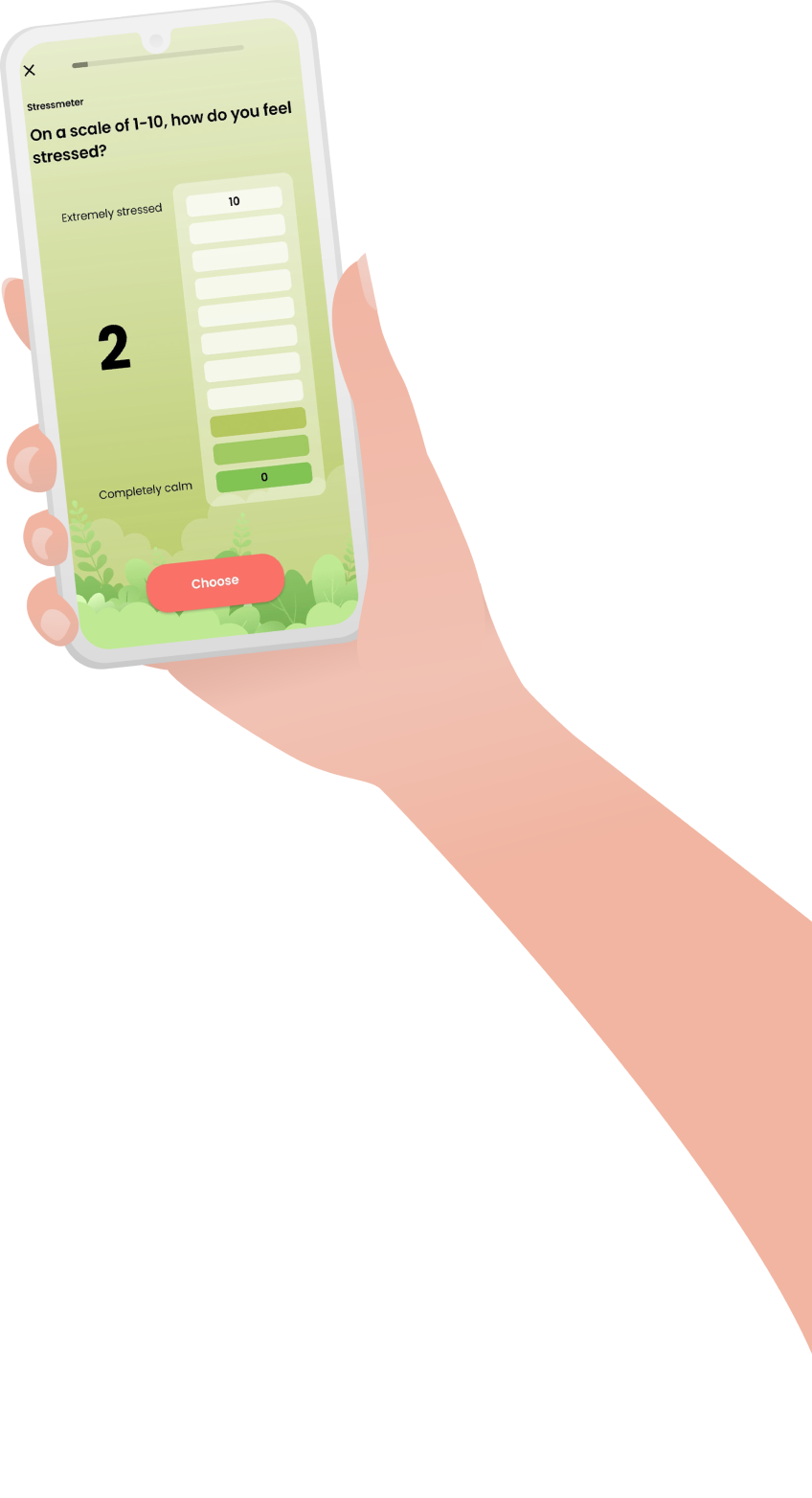 What's in the app

Living Well is a CE certified class I medical device. It is a comprehensive programme to support patients mental health post-cancer diagnosis and during treatment.
‍
The tool helps them deal with challenging emotions and immense stress through a friendly and easily accessible application.The aim is to reduce their stress level, regain control over their own well-being and build healthy habits.

We develop a portfolio of digital therapeutic medical software products that cover the entirety of behavioural treatment needs of cancer patients.

Our clinically validated digital therapeutics platform will be prescribed by doctors and therapists in Germany as a DIGA*, and it will be reimbursed by the local healthcare system in Q2 2022.

We aim to become #1 global digital therapeutics solution for oncology and we have a pathway to get there.

Who is it for?

Living Well is designed for female patients in the first weeks post cancer diagnosis. Patients of all ages and types of diagnosis are welcome to take part.
‍
Application users must have an iOS or Android smartphone. It’s worth noting that the app needs a stable internet connection to work, via wi-fi or a mobile network. 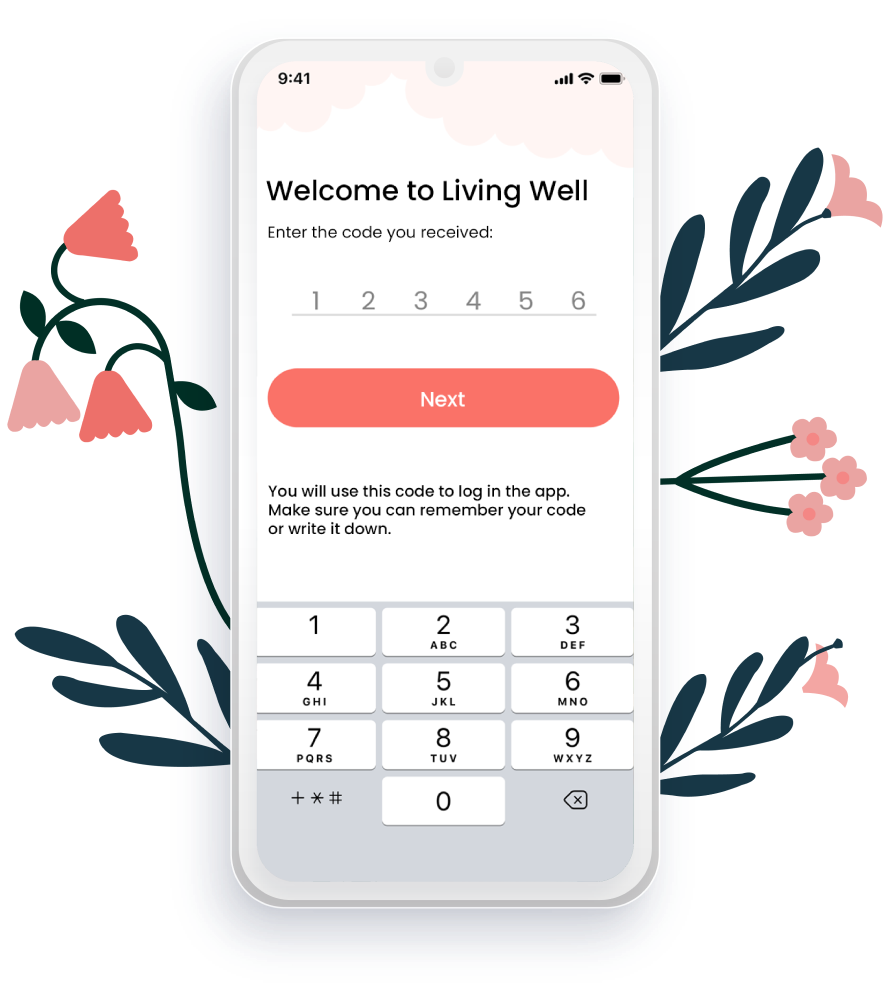 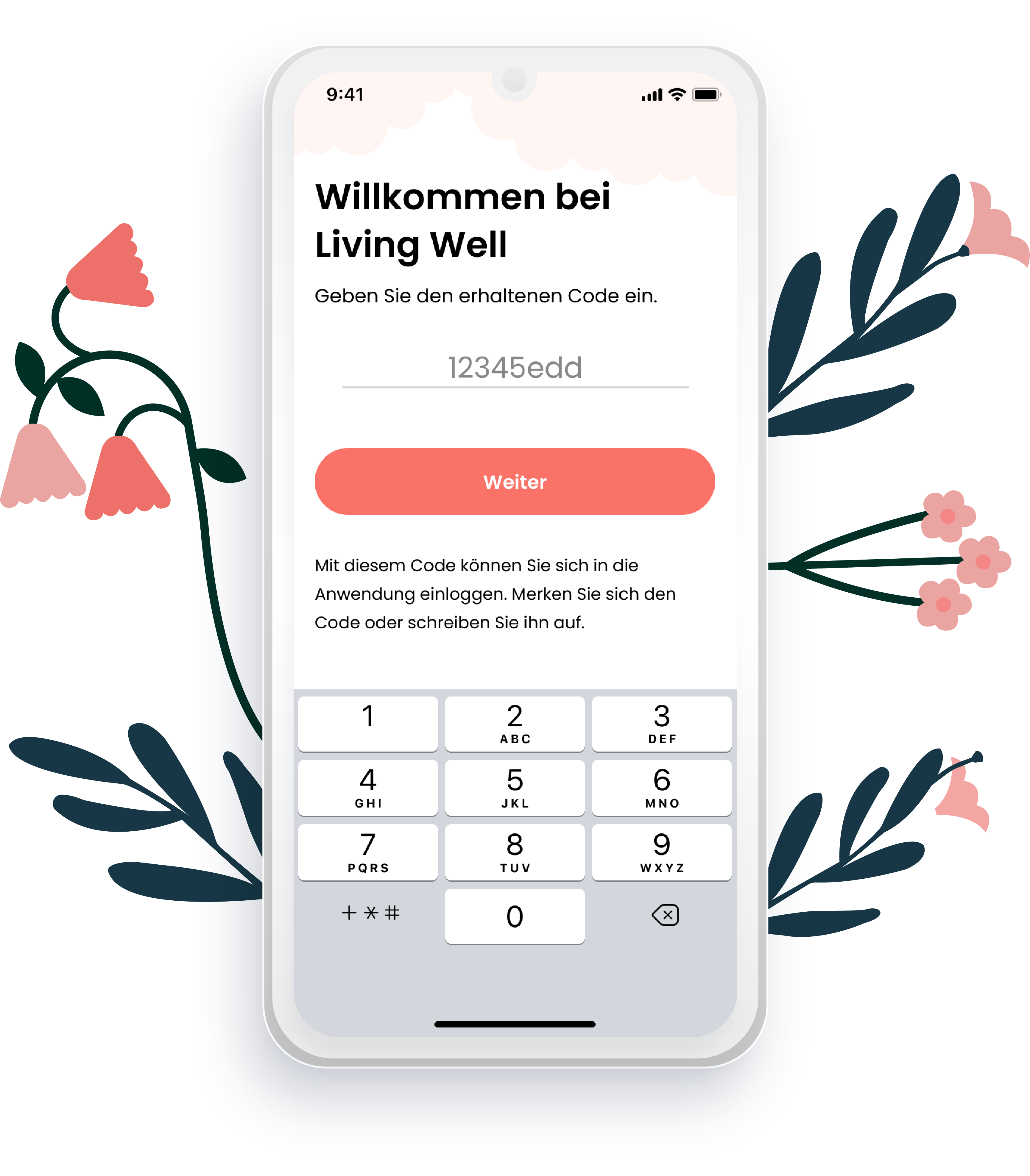 How to use Living Well?

Try it now
About Living Well 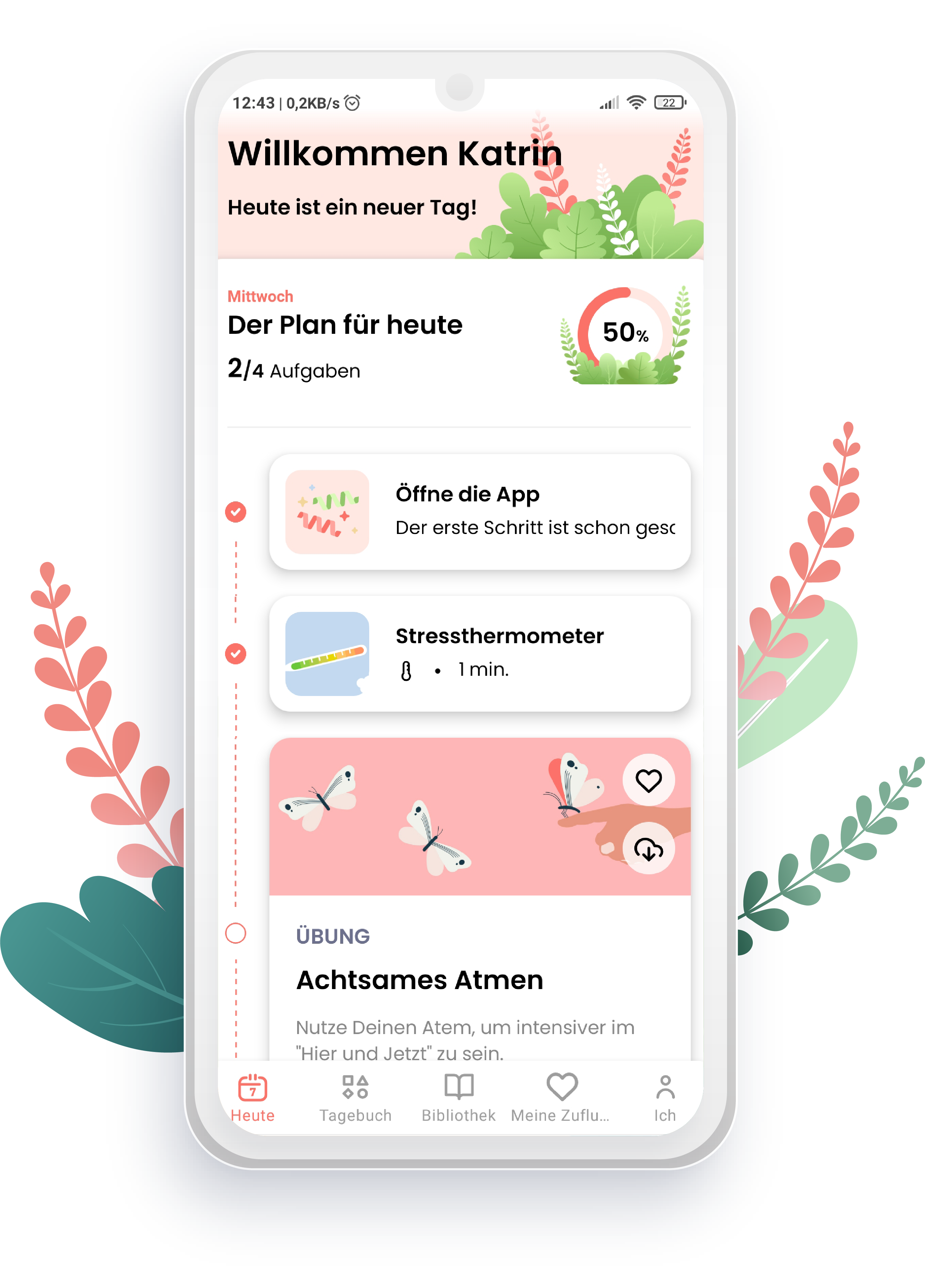 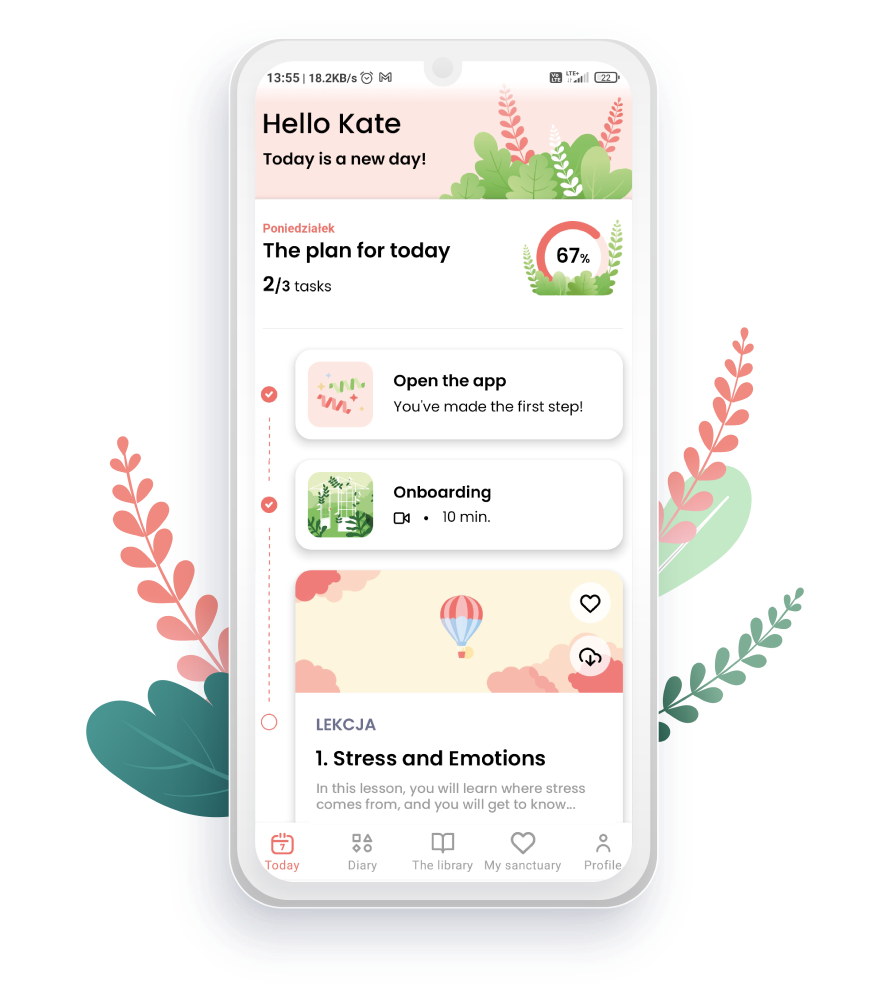 The digital therapeutics program consists of 22 lessons, each lasting several minutes. Lessons can be practised every day or several times a week - depending on the patient’s time, willingness and wellbeing. In addition, the patient will also receive access to an online feedback form where they will be able to share comments on the content and use of the app.

The app can be used to complement therapy or as an alternative when a therapeutic intervention is not available.

Try it now
About Living Well

How will you use patient data?

The data is stored and processed in accordance with the highest standards of medical devices in addition to the EU GDPR rules. The application does not collect clinical data or personal information. The data will be used only to analyse how the application is used and to in turn increase its effectiveness.

Why is it necessary? What’s the clinical validation of the programme?

Cancer-related distress is defined as a multifactorial unpleasant experience of a psychological (cognitive, behavioural, emotional), social and/or spiritual nature that interferes with the ability to cope with cancer, its physical symptoms and its treatment (NCCN, 2020). It is a subjective experience, and while some cancer patients find that they can cope well with the stress of diagnosis, disease, and its treatment (Lauriola & Tomai 2019), many patients experience complications and consequences in adjustment, as well as anxiety and depressive disorders. Estimates of prevalence rates of these disorders among cancer patients range from 17 % to 49 % for anxiety disorders, and from 4 % to 60 % for depression (Caruso et al., 2017; Cordova, Riba, and Spiegel, 2017; Hess and Chen, 2014).

Among cancer patients, the risk of psychiatric distress is nearly twice that of the general population (Hinz et al., 2010). The probability of being depressed is 5.4 times higher among cancer patients than in the general population (Hartung et al., 2017). Hence there is a need to find effective ways to support patients adapting to the situation of an oncological diagnosis.

Cancer-related distress may also contribute to a reduction in health-related quality of life, understood as a multidimensional construct that includes physical, emotional, social and spiritual areas of human functioning (Aaronson et al., 1993).It has been shown that patients' emotional and behavioural responses are more closely related to illness perception than to their objective medical state and nosological diagnosis (Bockholt et al. 2021; Brand et al. 2021; Saritas & Özdemir, 2018; Hopman & Rijke, 2015). Illness perception is a set of subjective beliefs about the identity, causes, timeline, control of cure, and the consequences of the disease on the daily psychophysical functioning of a particular patient (Leventhal, Nerenz et al., 1984; Leventhal, Phillips et al., 2016). It is also considered a strong predictor of health-related quality of life and, above all, a patient’s mental state (Miceli et al., 2019).

One of the most frequently used psychotherapeutic trends in psycho-oncology is cognitive-behavioural therapy (CBT), based on the assumption that you can change your mood and behaviour by changing maladaptive ways of thinking. Interventions using techniques derived from CBT often improve mental state, the cognitive picture of the disease, and quality of life in cancer patients (e.g., Galway et al., 2012; Parahoo et al., 2013; Fors et al., 2011). CBT also fits into the model of progressive care (Haaga, 2000; Davison, 2000), in which the intervention begins with low-intensity interactions, assuming that such a procedure may already produce the desired results. A broader intervention is then only proposed for patients who do not respond to a low-intensity intervention or have more severe symptoms (Bower & Gilbody, 2005; Arving, Assmus, Thormodsen, Berntsen & Nordin, 2019). This model corresponds very well to the needs of oncological patients, for whom psychoeducation alone can often bring positive results.

What about clinical trials?

Our application is currently being reviewed in ongoing clinical trials in the US, Germany and Poland. The results of these trials will be available later in 2022.

Cancer doesn’t only affect the body but also the mind, so for patients to receive truly adequate care - it is necessary to add a psychological dimension to the care they are receiving. 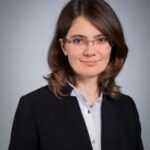 I strongly believe that Living Well is innovative, supportive and that it provides excellent opportunities for patients to manage their own feelings and emotions and thus improve the course of their overall treatment. 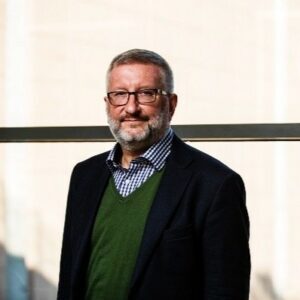 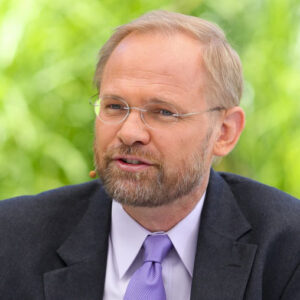 Despite major advances in overall cancer treatment, many patients continue to experience significant distress. We need to offer patients help before their psychological concerns reach the crisis stage, as this may negatively affect their overall recovery and response to treatment. 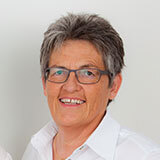 Find out what experts say 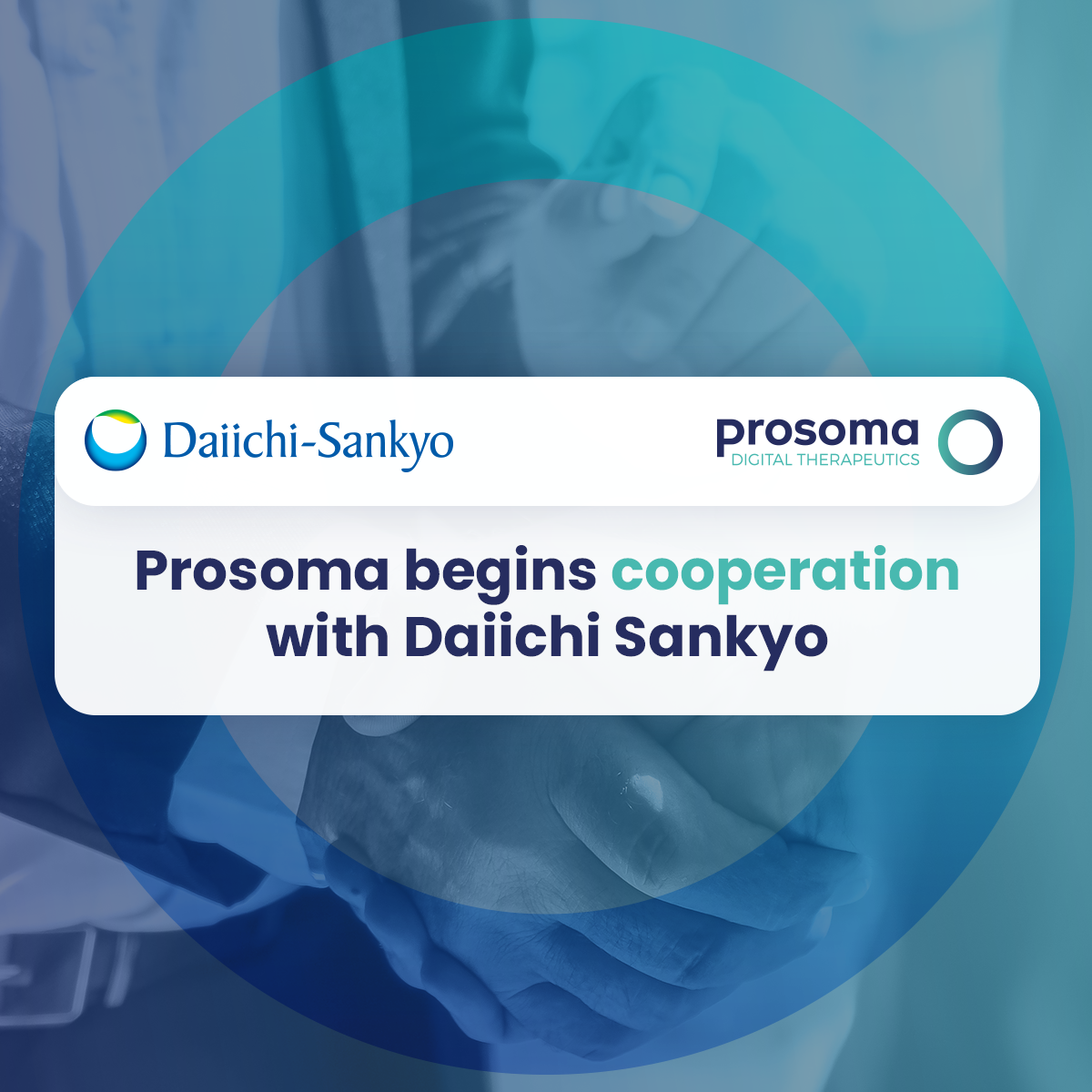 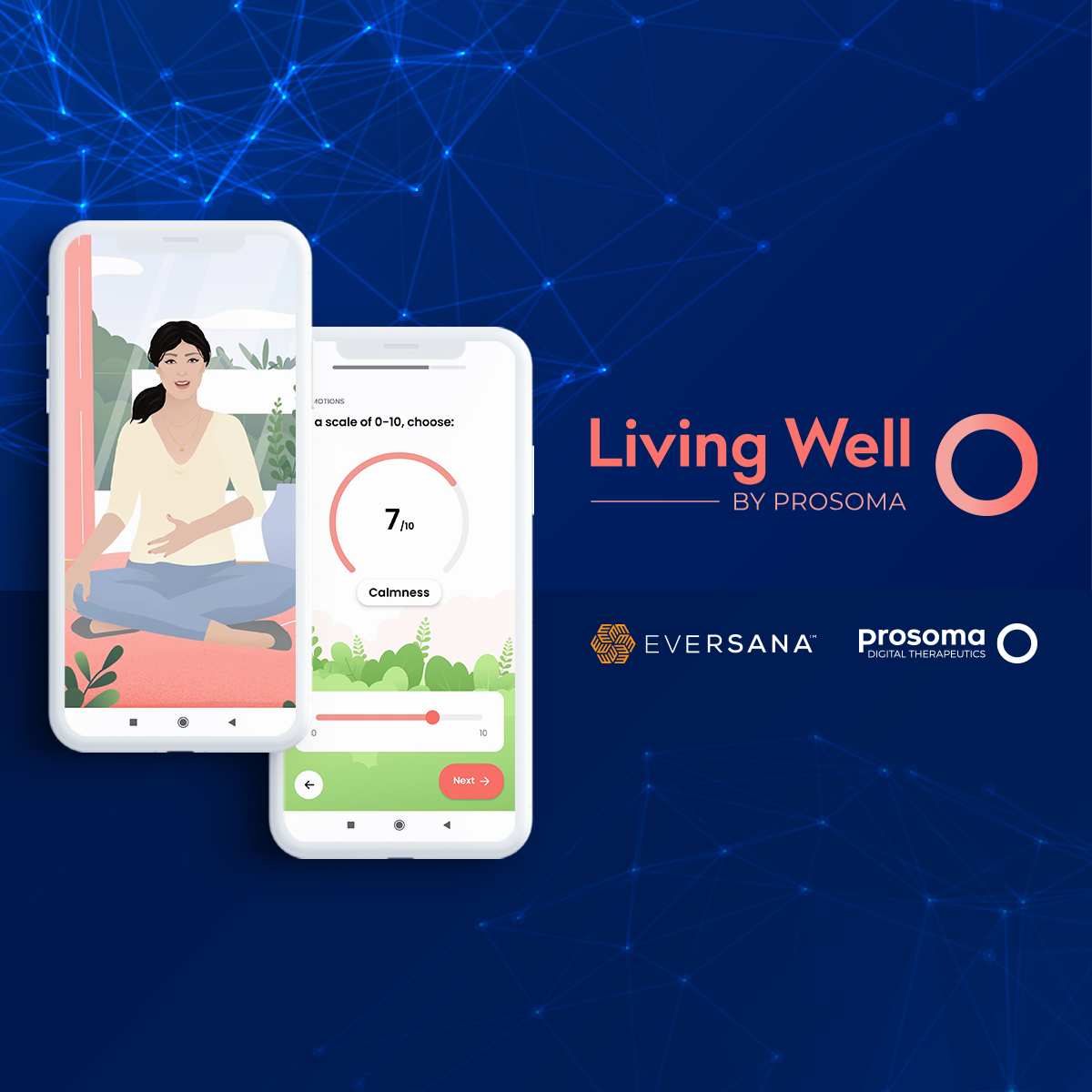 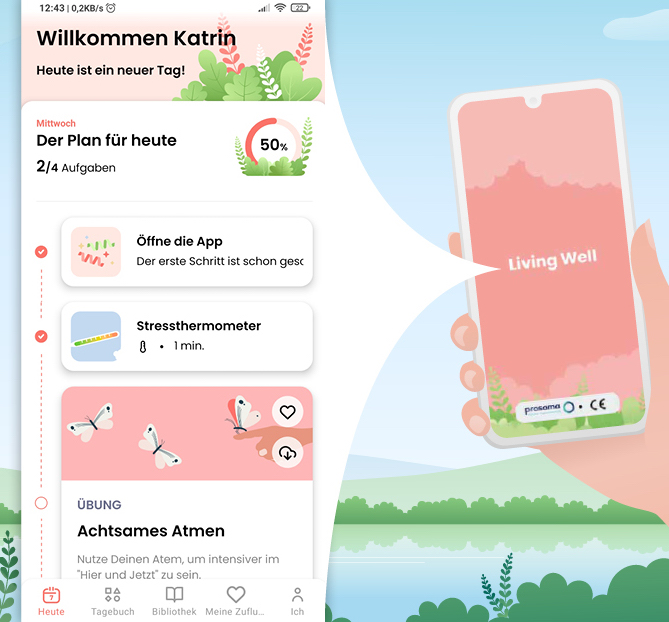 Techniker Krankenkasse is the first health insurance company to offer its policyholders the Living Well app.